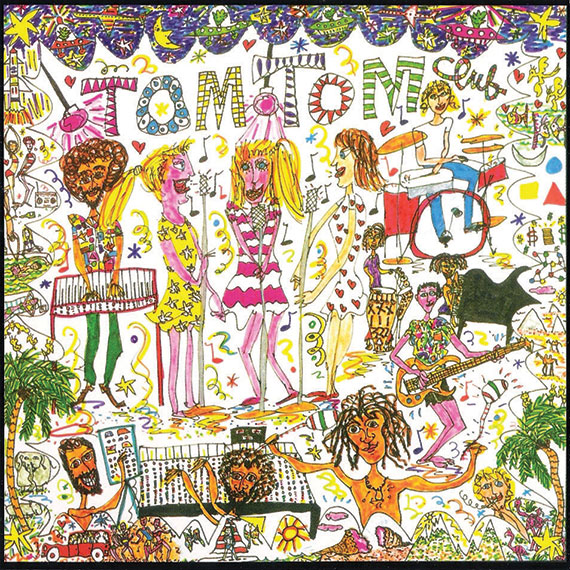 Known For Timeless Hits Such As "Genius Of Love" And "Wordy Rappinghood", Tom Tom Club Was Formed By Chris Frantz And Tina Weymouth, Founding Members Of Talking Heads.
Tom Tom Club was originally formed by Chris Frantz and Tina Weymouth. Graduates from the Rhode Island School of Design, they moved to New York City where they founded Talking Heads as a trio with David Byrne. Chris played drums, Tina played bass and David sang and played guitar. Talking Heads took a hiatus after five years of touring internationally and four studio albums, and Chris and Tina began the Tom Tom Club.
When legendary reggae producer Lee “Scratch” Perry failed to show up for the scheduled recording sessions in the Bahamas, label chief Chris Blackwell allowed Chris and Tina to produce the album themselves with Jamaican engineer Steven Stanley. Tom Tom Club's first single was “Wordy Rappinghood,” an unusually original mix of schoolyard rap over a funky groove that went into the top of the charts in 17 countries. “Wordy Rappinghood” turned out to be seminal in bringing mainstream attention to the new spirit of hip-hop.
The group’s second single was the remarkable “Genius of Love.” Released in the UK before North America, the track was bubbling up in the underground with dozens of unsolicited remixes and versions--most notably, Grandmaster Flash’s "It's Nasty/Genius of Love" in 1982—a massive hit in the clubs and on the R&B and dance charts, soon earning the Tom Tom Club debut a Gold sales award. In 1995, Mariah Carey hit #1 with “Fantasy,” her version of “Genius of Love” featuring Ol’ Dirty Bastard rapping over the original instrumental track. “Genius of Love” continues to be frequently sampled by various artists, from Tupac Shakur to most recently, T.I. feat. Fergie and will.i.am of the Black Eyed Peas. Tom Tom Club continues to celebrate more than thirty years as a band. Last year, they performed their timeless classic “Genius of Love” on NBC’s “Late Night With Jimmy Fallon.” It was a flashback to one of the group’s earliest career highlights - playing the hit song on the highly popular TV show “Soul Train” back in 1983 – at a time when it was in heavy rotation on urban radio stations.
In 2002, Frantz and Weymouth were inducted at the Rock and Roll Hall of Fame. The title track from the new album "Downtown Rockers" pays tribute to the many bands that created the downtown music scene in New York City in the 70's from The Velvet Underground to the Talking Heads. The song was mixed by Ed Stasium, who also recorded and mixed Talking Heads '77 and umpteen Ramones classics.