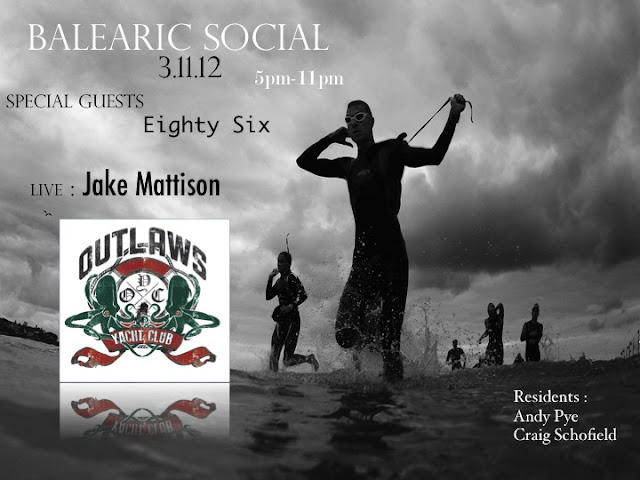 Novembers Social at Outlaws Yacht club will see the return of Eighty Six.

Jeff and Andrew are part of the fantastic Universal Language Radio show on www.purple-radio.co.uk with another Andrew.


The lads have been running there very successful night at Jam St in Chorlton which i was invited to play back in March.

Jake played at Nation of Shopkeepers in Sept which gave me a chance to play some records whilst checking his live set out.

If you didn't get a chance to attend that gig then pop down to see Jake play at Outlaws Yacht Club.

Come down enjoy the new bar and relaxed atmosphere it's family friendly too so plenty to keep everyone happy.

Posted by Balearic Social at 23:31