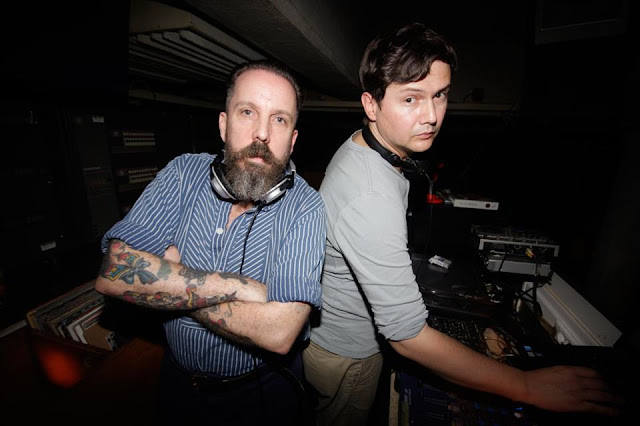 Discoteca Poca is nearly 2 years old and wow! What a programme they have squeezed in.  It’s been 24 months of filling ‘The Hold’, their monthly home at The Shipping Forecast, Liverpool, with huge names such as Dyed Soundorom, Ivan Smagghe, Ewan Pearson, and Stopmakingme.
Outside of their Liverpool nerve centre they’ve also taken the party elsewhere, hosting the Ink Bar in The Masque in conjunction with Chibuku Shake Shake with the mighty Tiger and Woods, along with back street alley bar Mojo where they showcased Hercules and Love Affair.
Discoteca Poca prides itself on crafting stunning musical masters, dripping disco paraphernalia from the low ceilings and accumulating an educated crowd.

For their second birthday Discoteca Poca have invited back Andrew Weatherall for a second bite at the DP cherry, this time joined by Sean Johnston as they present an epic five-hour A Love From Outer Space set.  Friends for over two decades the duo have been privately blowing each other’s minds for years with their hard earned audio finds, finally deciding it was time to find a public outlet to air the very best of them...and so A Love From Outer Space was born. 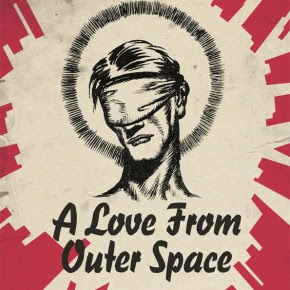 Named after an amazing A.R. Kane record, the duo have been carrying out monthly interplanetary audio experiments since 2010 at the Drop (now known as the Waiting Room) in North London’s Stoke Newington, a basement venue for 120 like-minded souls which later transplanted effortlessly to Glasgow.
On 13th October the vibe will be once again unseated to a new environ, perfectly fitting the intimate venue and atmosphere of Discoteca Poca at The Hold.  Much of ALFOS is very ‘hypno’. It has New Beat elements, early house elements, not easy to defy, just like the reputation Weatheralll has carved out for himself over three decades of acid house dedication.

For Weatherall devotees, the Chairman needs no introduction.  An early player in the warehouse and rave scene of the late eighties, it was through Primal Scream though that Andrew first made his name. As the producer of ‘Screamadelica’ he took their band driven aesthetic and utilised his talent for stripping music down to fundamental components. The result was a generation-defining release, and the perfect marriage of electronic music and rock which has arguably yet to be bettered.

Weatherall’s unique brand of eclectic stylings is the subterrain to develop the dark, experimental sounds he has subsequently become known and respected for.  The common ethos between ALFOS and Discoteca Poca is about inviting people to listen to music they may not have otherwise heard.  By his own admittance around 70 per cent of his sets are played outside the UK therefore this event provides a rare opportunity to see this Masterpiece. 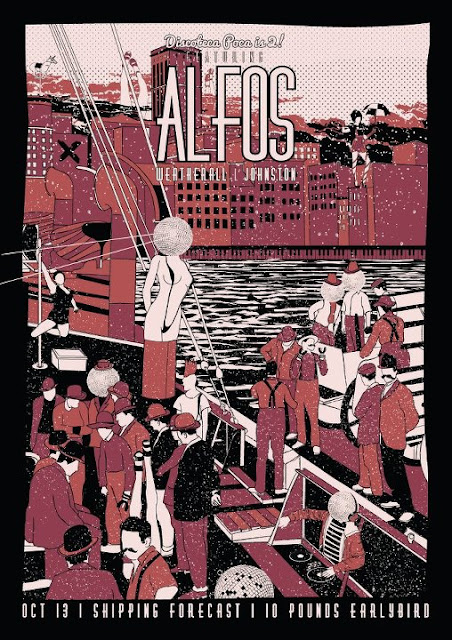 Accompanying Weatherall will be Sean Johnston known as one half of supreme disco editing duo The Hardway Brothers and a former member of Sabres of Paradise signings Flash Faction.  With a combined 40 years of DJing repertoire, distilled into a marathon 5 hour set, they will be allowed to experiment with a mish-mash of post punk and new records but with a big nod to the past, disco, post punk and psychedelia.  Johnston’s words pitch it perfectly; “It’s a down-tempo to mid-tempo psychedelic disco evening”.

The pair declare, “The thing you've got to understand about ALFOS is that there isn't a typical one, and often we don't know what to expect ourselves”....Come down on 13th October to see what the duo have instore for us!

Posted by Balearic Social at 22:46