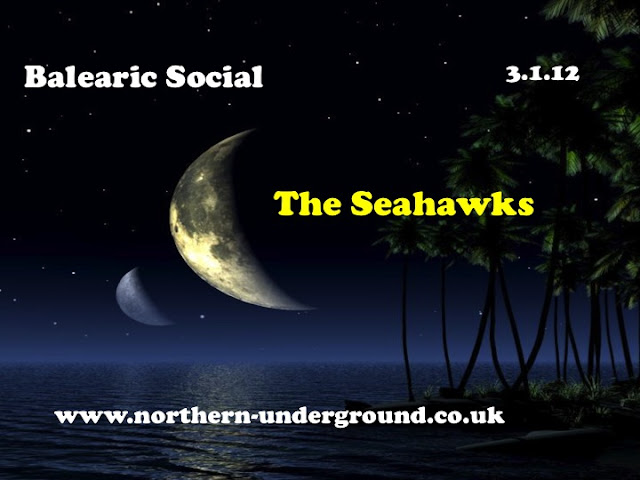 Seahawks have been on the waves since 2009, sailing on solar winds, cooking up their catches and beachcombing for discarded, unwanted and buried treasures. Sometimes too covered in thick tar for most to notice. Psychedelic yacht rock, deck shoegaze, hazy beach pop vibrations and marina drone are all ports of call.

The Seahawks consists of Pete Fowler & Jon Tye who have been contributing beautiful music across the world for the last few years sunshine music made for sunny days.

Contact was made after I had included a track from The Seahawks LP Vision Quest One last year for my AOR Disco mix.

After clearing a space in their nautical diary I am pleased to have The Seahawks as the first guests of 2012.

The show will commence at 8pm with myself steering the first hour of the show through to hand over the reins to Pete & Jon to see us through to the end of the show.

Listen at www.northern-underground.co.uk with your chosen media player or i-tunes will be nice for you to join us live.

Posted by Balearic Social at 19:28