A former IDJ magazine Editor and current Juno Plus contributor, Matt is one half of the Bedmo Disco production partnership with studio/turntable wizard Five-Stylez (aka Oli Ackroyd). Together the pair run Bedmo Disco Records, a Bristol-based outlet for disco, electrofunk, soul and funk (http://www.bedmodisco.com/).

As a DJ, ‘Sell By Dave’ holds residencies at UFO and Bedmo Disco in Bristol. He has also played festivals in the UK and abroad, playing a mix of underground disco, Balearica, Italo, electrofunk, proper house, slo-mo gems and more besides. Once upon a time, he ran two regular club events in Bristol – best before: and Tricky Disco – which promoted the Balearic sound in the South West.

Matt actually began his DJ career as a student playing weird and wonderful downtempo and electronica records on late night student radio, and continues to record mixes from time to time that push a more ‘soundscape’ approach. Last year he successfully put together a new ‘live’ soundtrack for the 1960s horror film The Masque Of The Red Death. You can hear this, and other mixes, on his Soundcloud: http://www.soundcloud.com/sell-by-dave/

Bedmo Disco Records is coming to vinyl in July 2011. Look out for more releases from Bedmo Disco (Matt and Oli) in the summer/autumn of 2011. 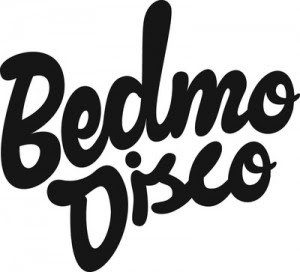 Posted by Balearic Social at 10:44